The Jamaica Tourist Board has wrapped 150 iconic London cabs with pictures of the idyllic blue waters of the Caribbean as part of its summer advertising campaign.

The images include the words ‘Less Traffic, More Jammin’, and the advertising will appear on the taxis for the duration of August – a time when Jamaica fever will hit peak levels in the UK for the IAAF Athletics World Championships.

As part of the World Championships, Jamaica’s Ministry of Culture, Gender, Entertainment and Sport along with the Jamaica Tourist Board will host a celebration of Jamaican music at Indigo in London’s O2 as Usain Bolt and Jamaica’s superstar athletes descend on London.

The week-long event kicked off on 5 August with Freddie McGregor and Luciano opening the musical proceedings. Other acts performing during the week include Ziggy Marley and Krishane with the finale on 13 August when Protoje, Stylo G, Cadenza and Prynce Mini will bring the curtain down.

The concerts have been created to provide visitors with the chance to catch the races live each evening during the event and grab some mouth-watering and traditional Jamaican food and drink. 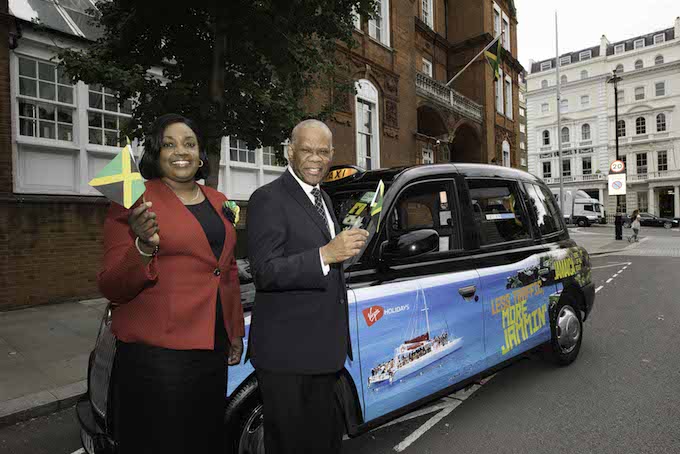