Over half of Brits say Brexit could cut EU travel

The effects of Brexit could cause more than 56 per cent of Brits to shun mini-breaks to EU countries, according to new research.

The report from personal finance comparison site finder.com reveals that increased flight costs are a key concern for Brits travelling post-Brexit, with almost two in five (38 per cent) claiming they would travel less to the EU as a result.

Uncertainty over exchange rates, is also a major concern, with 33 per cent reporting that a devaluation of the pound after Brexit would deter them from taking trips to the EU.

The generation most concerned about the impact of Brexit on their European travel plans is Brits aged 18-38 (67 per cent). Increased flight costs would deter 44 per cent and 38 per cent say that a devaluation of the pound would cause them to re-think European mini-breaks.

Regionally, those in Northern Ireland (65 per cent) and the North East (64 per cent) feel that their travel plans will be affected the most by Brexit, with the North West of England most concerned about an increase in flight costs (40 per cent).

Jon Ostler, CEO (UK) of finder.com, said: “Finder’s research has shown that the stability of GBP is a big concern for many Brits and a major factor when booking holidays. 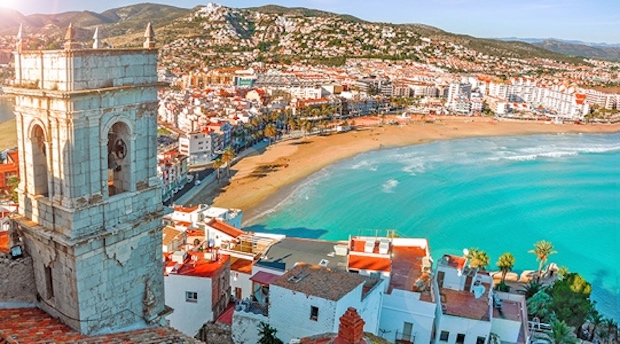 “We advise British holidaymakers to keep an eye on the exchange rate before planning going on holiday in order to plan their spending appropriately.
“Our Brexit Exchange Rate Tracker offers an interactive currency exchange rate chart to track the impact that the latest Brexit events have had on the pound since the EU referendum.”

Holidaymakers can keep up to date with how recent Brexit developments are affecting the value of the pound with finder.com’s interactive currency exchange rate tracker: https://www.finder.com/uk/brexit-pound

Rumours surrounding the return of roaming charges after Brexit have also heightened anxiety amongst young people with nearly one in five (19 per cent) of 18-38 year olds expressing their reluctance to travel to the EU if a separate roaming deal is not successfully negotiated with the UK.

The region most concerned about the re-introduction of roaming charges is Scotland, with 22 per cent of Scots claiming that this would affect their travel plans. Conversely, fewer than one in ten (eight per cent) of those in the East Midlands feel it would influence their decision.

According to finder.com, many Brits are concerned about the prospect of longer passport queues after the UK leaves the EU, with a quarter of respondents (25 per cent) reporting that it would result in them travelling less to the EU.

Those in Scotland (33 per cent) and the North East (31 per cent) believe this would be a major factor in the decision-making when it comes to planning European short breaks.

If the UK leaves the EU with no deal, the EHIC will no longer be valid. While the government claims to seek agreements with countries on healthcare arrangements, 21 per cent of Brits feel the lack of free European health cover would cause them to take fewer trips. Interestingly, Generation Z are the most concerned about health cover, with 31 per cent stating this would impact their holiday plans.

“It’s understandable that higher costs may influence people to opt for more staycations, but it’s surprising that roaming charges, health insurance and passport queues have such a bearing on the choice of destination,” said Ostler.

“Although the EHIC card does offer great benefits, it won’t cover you for repatriation nor does it cover for delays or cancellation. For less than £10, basic European travel insurance will give you the same benefits of the EHIC as well as offering additional cover and benefits. There are also many ways that you can avoid roaming charges should they be reintroduced after Brexit.”