Leading Greek hotel group Grecotel Hotels and Resorts is reducing the listed menu prices in 150 restaurants in 30 Grecotel hotels across Greece by 10 per cent.

This hotel group decision took the decision in response to the official reduction of VAT on food services and products in the country.

Vassilis Minadakis, Grecotel’s general manager, said: “Grecotel decided to pass the full amount of tax reductions to its guests. We, at Grecotel, are very glad that significant tax reductions are taking place in Greece, therefore our hotels and the country in general become more competitive.

“We are delighted that Greek food will be offered by our chefs with a premium discount.”

Minadakis said the hotel group had added a number of quality restaurants to its offering in 2019. 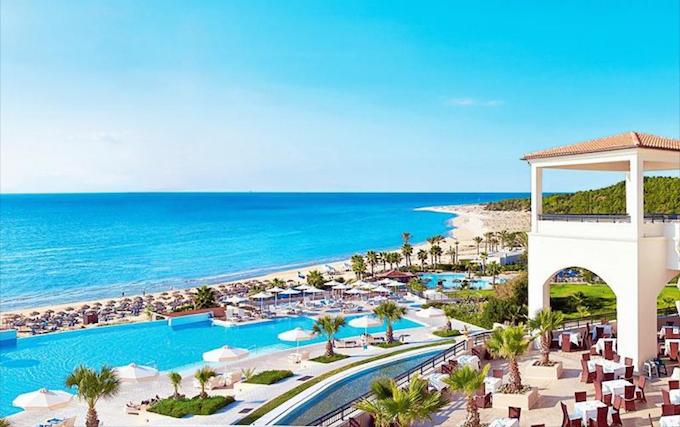 “Amazing new restaurants inspired by contemporary culinary concepts, such as the brand new ‘Kalyvaki’ at Grecotel Riviera Olympia & Aqua Park have been added to our portfolio this year,” he explained.

“Grecotel Group is already showing an average increase of four per cent in bookings compared to last year, and we are very optimistic for 2020 with the new tax system.’

Forty-five years since its formation, the Nikos Daskalantonakis – Grecotel Group is Greece’s largest hotel company, featuring 32 properties in some of Greece’s most sought-after destinations. It also operates the Classical Vacation Club brand, which is affiliated to RCI.

The Group recently completed a business plan for a thorough overhaul and expansion of five luxury hotel complexes, at a total cost of €42 million.