All Finavia airports to be carbon neutral this year

Finnish airport operator Finavia is aiming to make all its airports carbon neutral in 2019, one year earlier than previously planned.

The company, which operates a network of 21 airports in Finland, is aiming to set a positive example in reducing emissions by accelerating its climate programme.

Henri Hansson, technical director at Finavia, said: “It is important for air traffic operators to develop their operations to reduce emissions. We want to set an example and be a leader in our field.”

Airport operations give rise to direct and indirect carbon dioxide emissions. The indirect emissions arise from the electricity consumption of terminals as well as heating, cooling and lighting, among other things. Finavia has reduced these emissions in various ways. 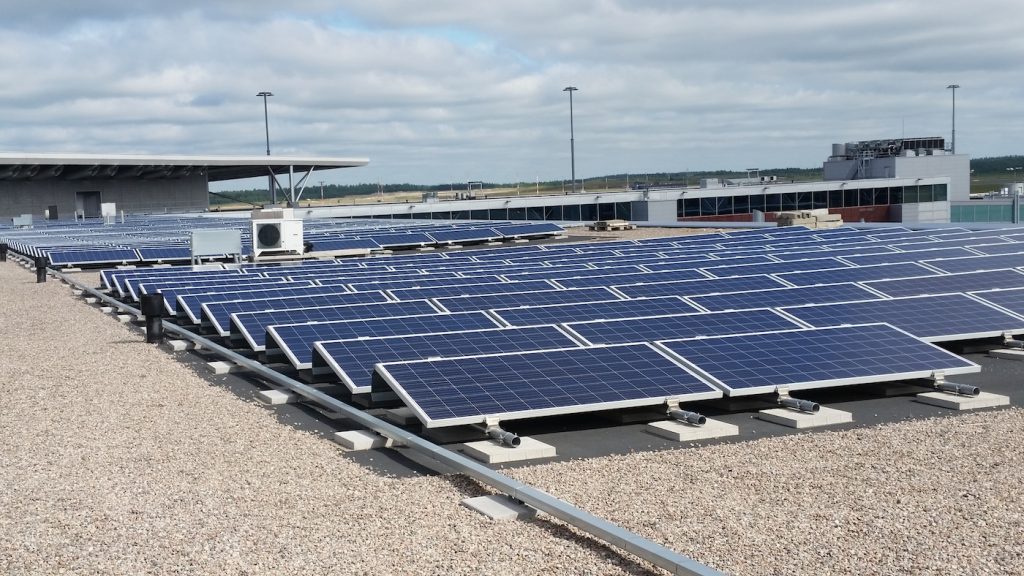 Solar plant on the roof of Helsinki Airport

“The largest solar plant among Nordic airports is currently under construction at Helsinki Airport. Ten Finavia airports use pellets for carbon-neutral heating. We also employ solutions such as geothermal heating and energy-efficient LED lights.”

The direct carbon dioxide emissions of Finavia’s operations arise mainly from the fuel consumption of the airports’ own vehicles.

“At Helsinki Airport and our airports in Lapland, we have begun using renewable diesel fuel produced from waste and residues. This year, renewable diesel will be introduced at all Finavia airports,” added Hansson.

The objectives of the climate programme have also been taken into consideration in the construction of new facilities. Helsinki Airport is currently being expanded and the new premises are being developed in line with the criteria laid out in the BREEAM environmental certification framework. The south wing, which opened in 2017, has already been certified with an ‘Excellent’ rating.

Finavia offsets all business travel by its personnel

Not all emissions arising from airport operations can be avoided. Carbon dioxide emissions arise from heating and the use of fossil fuels in machinery and during business travel by Finavia’s personnel, for example. To achieve carbon neutrality, Finavia offsets these emissions.

Finavia has acquired emissions offsets from the international carbon markets. The partner in the project is NEFCO, a Nordic financial institution established by the countries of Finland, Sweden, Norway, Denmark and Iceland to provide financing for environmental and climate projects.

“The emissions offsets are acquired from a Gold Standard certified project that improves the energy efficiency of small households in Ghana,” explained Hansson.

“Efficient stoves reduce the cutting down of local forests to obtain firewood.” 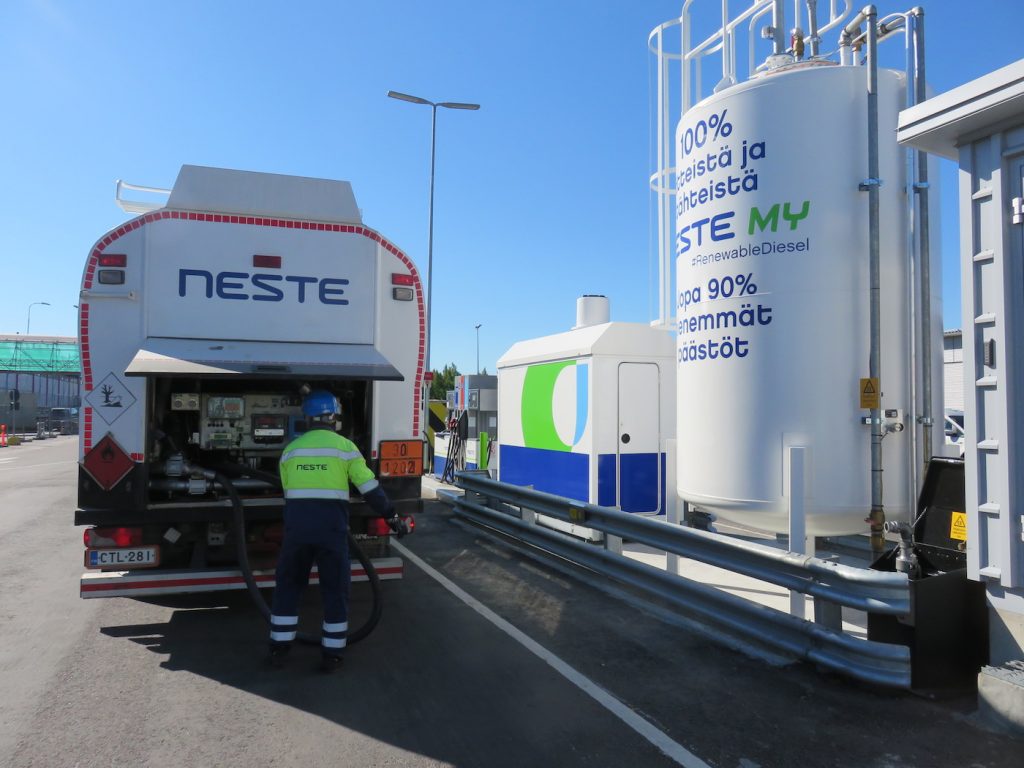 Biodiesel fuel in use at Helsinki Airport

Finavia is one of the key players in the joint commitment of European airport operators to have 100 carbon neutral airports in Europe by 2030. Finavia’s airports comprise 20 per cent of this goal.

Offsetting measures will also be taken at other airports in Finavia’s network this year, but due to the accelerated schedule, they will not yet be included in the certification process. Nevertheless, as a result of the offsetting measures, all Finavia airports will be carbon neutral this year.