Egyptair has resumed direct weekly flights between Heathrow and Luxor after suspending the service in May due to lack of demand.

The move is designed to help travellers interested in ancient Egypt or Nile cruises as well as boost tourism to the beleaguered region.

Rasha Azaizi, UK Director, Egyptian Tourism Authority, said she was delighted by the new resumption services. “We look forward to welcoming British travellers on this service, which will connect them directly them to some of the world’s greatest cultural landmarks, including the Valley of the Kings and Queens, the treasures of Tut-Ankh-Amoun and the Luxor and Karnak Temples,” she said.

“Luxor has an array of beautiful hotels such as the historic Old Winter Palace and is perfectly placed for dual centre holidays. Visitors can combine their stay in Luxor with a luxury Nile cruise up to the hustle and bustle of Cairo, or spend time relaxing at the fantastic beach resorts at Hurghada and the world famous Red Sea Riviera.” 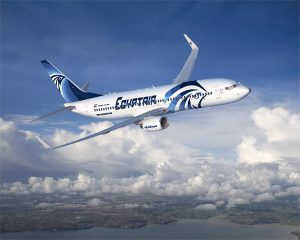 The Foreign and Commonwealth Office is currently advising against all but essential travel to some parts of Egypt, but this does not include the tourist areas along the Nile river, including Luxor, Qina, Aswan, Abu Simbel and the Valley of the Kings, and the Red Sea resorts of Sharm el Sheikh and Hurghada.

Direct flights to Sharm el Sheikh airport from the UK were suspended last November following a plane crash believed to have been caused by a bomb placed on board the plane while at the airport.

The moves have prompted calls from British politicians for the flight ban to Sharm El Sheikh to be lifted.