There’s a big regional divide when it comes to where British holidaymakers consider their ideal hotspot, according to new research.

Analysis of holidays taken from the UK last year by teletextholidays.co.uk shows that where you come from does determine where you go, and offers a unique insight into where Brits are more likely to travel for a great value beach getaway:

Duration of a holiday is another factor that splits the nation, with Londoners more likely to take a short three-night break (43%), whereas those in the North of England prefer a lengthy holiday of over two weeks (24%), according to an extract of over 100,000 bookings made in 2015 with Teletext. 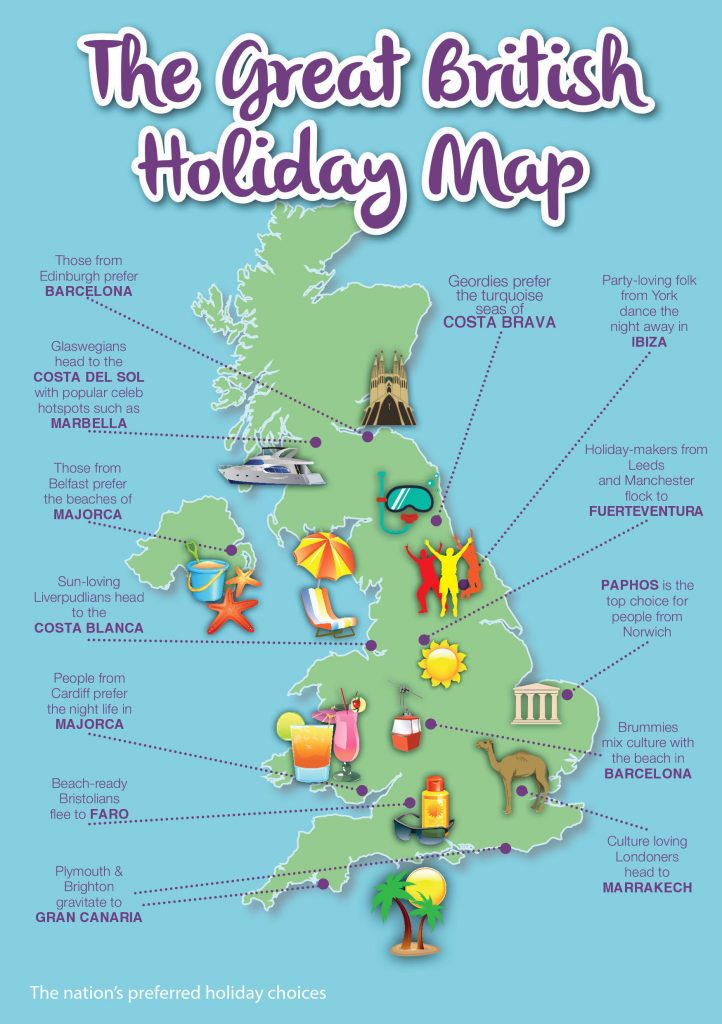 The analysis of bookings also showed that while 3* and 4* accommodation is still the most popular way to spend a holiday, those in the East, South and London are more likely to splash the cash and stay in a 5* hotel when they go abroad.

Wayne Perks, managing director of teletextholidays.co.uk, said; “We’ve been sending Brits on holiday for over 20 years and know the places they love to go, but it’s interesting to see the nation’s holiday habits were so clear cut for the different regions.

“People clearly love to talk about their time away and make recommendations to close friends, neighbours, colleagues and family – getting to know how our customers like to spend their time abroad has a big impact on what we do.”