Pride of Britain Hotels has announced that family-owned five-star luxury Athenaeum Hotel and Residences, on London’s Piccadilly, has joined its collection of luxury independently-owned UK hotels.

Located at 116 Piccadilly, in the heart of Mayfair, The Athenaeum was formerly a private home and private members’ club, before being transformed into an iconic hotel.

Many of the hotel’s suites have floor-to-ceiling windows with sweeping views across Green Park, and the hotel’s façade boasts a dramatic living wall of plants which stretches up to the 10th floor.

After a two-year revamp led by award-winning designer Martin Hulbert, the hotel has unveiled 135 bedrooms and 11 suites, all adapted and repurposed with the aim of maximising the hotel’s extraordinary aspect across historic Green Park. 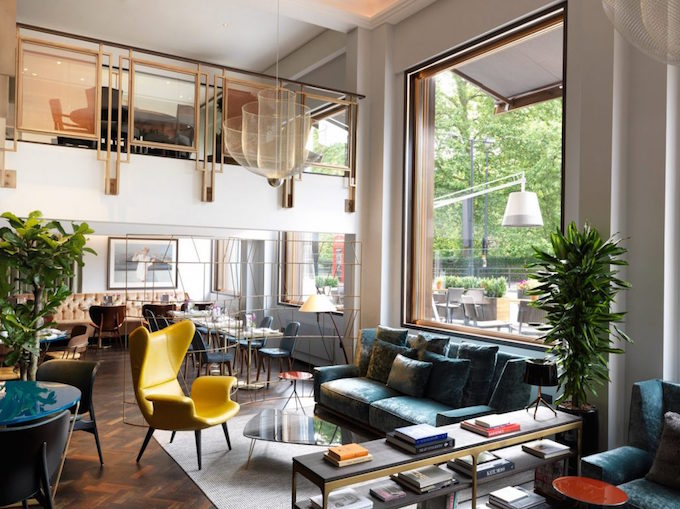 Attention has been paid to every last detail, with textiles carefully sourced and, in some cases, specially made – from classic Herringbone weaves and linen-lined wardrobes, to silk-clad furniture, plush velvet cushions and bespoke carpets – all showcasing the very best of British craftsmanship.

Adjacent to the hotel are 18 stunning one-bedroom ‘Residences’ with king-size beds, fully-equipped kitchens, washing machines and maid service – perfect for families, long-stay guests or for those who prefer a little more privacy. Families are well catered for – both in the apartments and in the main hotel – with a Children’s Concierge to provide family-friendly tips on what to do in London, plus inter-connecting rooms and children’s menus.

Guests can dine at Galvin at The Athenaeum, the hotel’s main restaurant, led by Michelin-starred chefs Chris and Jeff Galvin, and there are also options for afternoon tea as well as an extensive whisky collection and wine menu as well as bespoke cocktail list at THE BAR at The Athenaeum. 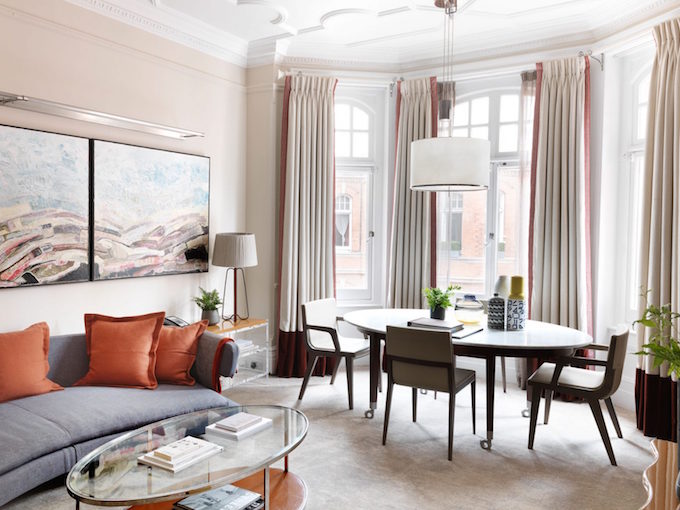 Living area in one of the ‘Residences’

Guests at The Athenaeum have use of The View, an exclusive residents’ lounge majestically occupying the 10th floor, offering panoramic views over London’s spectacular skyline. There is also a private 24-hour gym and a REN spa offering a range of holistic treatments, including facials and massages.

Peter Hancock, chief executive, Pride of Britain Hotels, said: “It gives us great pleasure to welcome The Athenaeum Hotel and Residences, one of London’s finest hotels, into the Pride of Britain family, alongside such iconic gems as The Goring, Calcot and Glenapp Castle.”

Joanne Taylor-Stagg, general manager of The Athenaeum, said: “We are thrilled to have been accepted into such a respected hotel collection as Pride of Britain Hotels.”

The Athenaeum will effectively replace London member The Arch, which is due to re-open later this summer under a different name, following its purchase earlier this year by Japanese group Staywell Holdings.