A new report prepared by the World Tourism Organization (UNWTO) in cooperation with the European Commission underscores tourism’s major social and economic benefits for the 28 countries that comprise the European Union (EU).

European Union Tourism Trends reports that EU destinations welcomed 538 million international overnight visitors in 2017, 40 per cent of the world’s total. EU accommodation establishments provide over three billion nights a year, half of which to domestic guests (residents) and half to international guests. Tourism accounts for six per cent of the EU’s overall exports, while the direct contribution of tourism to individual EU economies reaches up to 11 per cent of GDP.

Preliminary results for 2017 indicate that international tourist arrivals (overnight visitors) grew by eight per cent in the EU last year, to reach 538 million, or 40 per cent of the world’s arrivals. The EU has enjoyed continued growth in international arrivals following the global economic crisis of 2009, with annual growth rates exceeding four per cent in the last five years.

UNWTO secretary-general Zurab Pololikashvili stated that “Sustained growth in tourism has been instrumental in the economic recovery of many countries in Europe and around the world, contributing to job creation, economic growth and a healthy balance of payments”. 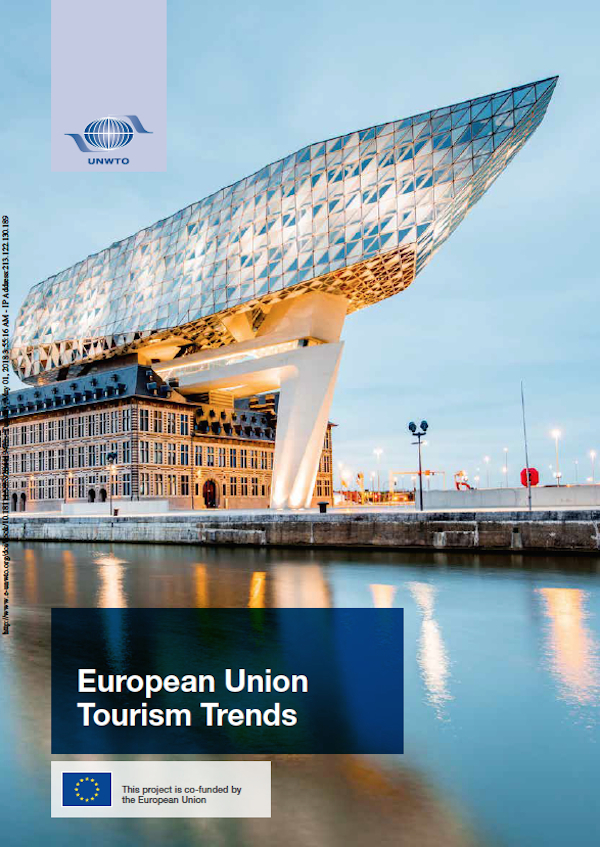 International passenger transport (rendered to non-residents) is estimated to have generated another €67 billion, resulting in total export earnings from international tourism of €409 billion. This represents six per cent of the EU’s exports of goods and services, making tourism the fourth largest export category, after chemicals, automotive products and food.

Over two million businesses dedicated mainly or partially to tourism operate in the EU, most of them small and medium-sized enterprises (SMEs), employing some 12 million people. For individual EU economies, the direct contribution of tourism to GDP is as high as 11 per cent.

Pololikashvili said: “Tourism is a key pillar of the EU strategy for jobs and inclusive growth and I am confident that our strong partnership with the European Union will continue to drive the quality, sustainability and competitiveness of the European tourism sector forward.”