Radisson Blu has announced the opening of the Radisson Blu Park Royal Palace Hotel, its second hotel in the Austrian capital of Vienna.

Located next to Schönbrunn Palace, one of Austria’s most important cultural and historical monuments, the rebranded property opened its doors in January.

The hotel features 233 guest rooms, including 21 suites, and facilities include an all-day restaurant and lobby bar, executive lounge, gym, sauna and relaxation area. The property also features a ballroom, with more than 600m2 of space and a total capacity of 500 people, along with nine modern seminar rooms.

“The additional hotel brings the group’s portfolio in Vienna to three hotels – two Radisson Blu properties and one Park Inn by Radisson – with nearly 500 rooms, and we will continue to look for further opportunities in this city alongside our franchise partner Austria Trend.” 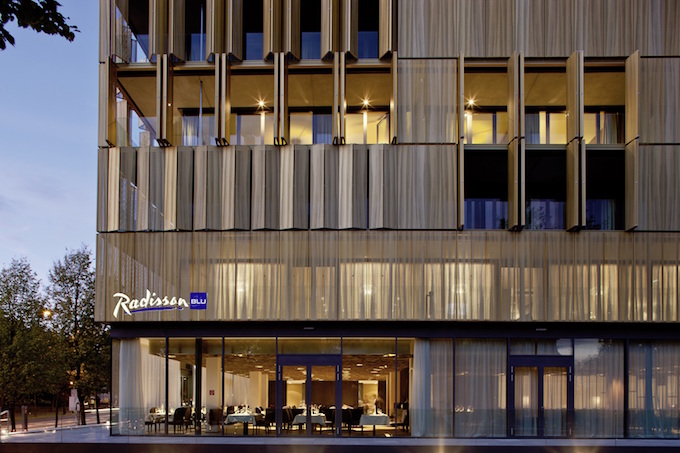 Martin Winkler, spokesman of the Verkehrsbüro Group executive board, said: “Our partnership with the Carlson Rezidor Hotel Group, operator of Radisson Blu, in Salzburg has proven to be very positive; the figures are very satisfactory.

“Our aim is to strengthen the international position of the Hotel Park Royal Palace through the Radisson Blu brand.”

Andreas Berger, managing director of Austria Trend Hotels, said: “Radisson Blu is an established and attractive hotel brand, for guests in the leisure and business segments, as well as those from the intercontinental overseas markets – especially from the USA and Asia.

“The positioning of the Radisson Blu Park Royal Palace Hotel, Vienna, as a leading international hotel in the immediate vicinity of Schönbrunn Palace will be strengthened through the cooperation.”