Two new key appointments have been announced at Pine Cliffs, the Luxury Collection Resort in the Algarve.

Stuart Sage has been named Executive Chef, and Veridiana Fernandes will head up the resort’s Human Resources department. 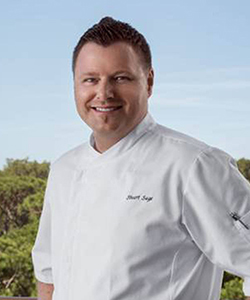 In his new role, Stuart Sage will oversee the resort’s 12 restaurants and bars, promoting the development of a gastronomic that includes local inspiration from O Pescador, healthy meals from Zest and the best selection of meats in Piri-Piri Steak House. He will also work closely with the chefs at each restaurant to build new menus for 2018.

With more than 24 years’ experience, Sage joins Pine Cliffs Resort after being an Executive Chef at the Sheraton Dubai Creek Hotel & Towers, where he oversaw the development of six restaurants.

Prior to that, he was Executive Chef at Atmosphere Restaurant at Burj Khalifa, and he has also worked in the kitchens of The Address Montgomerie, Le Meridien, Tang Restaurant at Le Meridien Mina Seyahi Beach Resort & Marina in Dubai and the Michelin-starred Rain Restaurant in Amsterdam. 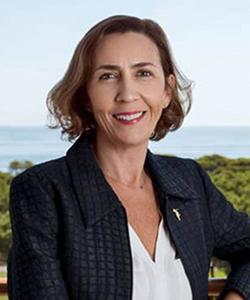 Veridiana Fernandes, who is taking up the new challenge of leading the resort’s ​​Human Resources department, has been part of the Marriott group since 1997. She worked at Renaissance São Paulo Hotel, JW Marriott (Rio de Janeiro) and Marriott Executive Apartments (São Paulo), before being made HR Director for Marriott Brasil.

In the latter role she coordinated several four- and five-star properties, covering about 1,500 employees. She held the latter position until 2011, when she left the company to devote herself to three children and family businesses.

Thomas Schoen, Pine Cliffs Resort’s general manager, said: “We are very pleased to be able to count on the strengths of both of them and we believe that they will be a great asset to the team in order to continue to provide the best experience to those who visit us.”

Pine Cliffs Resort is one of Europe’s leading luxury and family resorts, enjoying a spectacular location on the Algarve coastline in southern Portugal. Selected units are affiliated to RCI.