More flights from UK to Mallorca in 2018

Mallorca is set to receive even more British visitors in 2018, with new scheduled flights announced by both Thomas Cook and Jet2.com.

The news comes shortly after latest figures reveal it was an excellent summer for Spain, which received a record number of overseas visitors. According to the National Statistics Institute (INE), Spain received nearly 40 million tourists during peak season, and numbers are expected to increase next year.

The Balearic Islands are an especially popular destination for Britons, especially as the Mediterranean jewels can be reached for as little as £30 when booked in advance through low-cost airlines such as easyJet. 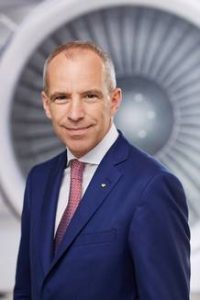 And due to the largest island, Mallorca’s popularity, British travel firm Thomas Cook will launch a new Spanish airline based in the capital, Palma de Mallorca, from spring 2018. The new airline will be called ‘Thomas Cook Airlines Balearics’ and will provide greater flight flexibility from the island.

Christoph Debus, chief airline officer of Thomas Cook Group, said: “With more than one million Thomas Cook customers flying into Palma every year, we have a strong existing infrastructure on which to build.”

Budget airline Jet2.com is also supporting the growing demand by adding 250,000 extra summer seats from its Birmingham base to popular destinations including Alicante, Malaga and Mallorca. Last May it unveiled more than 940,000 seats to Palma for next year.

• RCI has 111 resorts in Spain, including 12 in the Balearic Islands.