Leading Spanish hotel group Meliá Hotels International has reported strong third-quarter and nine-months results for 2017, with profits up by nearly 25 per cent and improved margins and sales efficiency.

The company, which includes timeshare arm Club Meliá, saw profits increase by 23.3 per cent, with improved margins and sales efficiency, consolidating a business model focused on hotel management, despite a number of challenging conditions that impacted on its performance.

Gabriel Escarrer, the company’s executive vice president and chief executive officer, said: “The first nine months of 2017 confirm the strength of the company despite a less favourable business environment.

“Despite these challenges, the positive results in urban and resort hotels in Spain, excellent performance of major projects such as the Gran Meliá Palacio de los Duques in Madrid and ME London, and the trends in sales driven by the company’s digital strength make us optimistic about the outlook.” 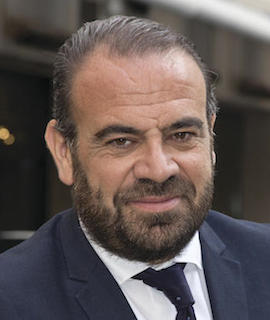 The headline figures show that:

The Q3 results also contained news of the company’s expansion plans, which include signing more than 30 new hotels during the remainder of 2017, having already signed 23 new hotels in the first nine months of the year and with four more to be signed in Asia in October.

It recently opened the Meliá Iguazu in Argentina and is preparing the opening of the Meliá Serengeti Lodge, in Tanzania, and ME Sitges, in Spain, later this year.

The pipeline (hotel agreements signed and in the process of opening) currently boasts a global offering of over 17,000 rooms in 70 hotels, representing 18 per cent of the current portfolio. Some 93 per cent of these hotels will be added to the Meliá Hotels International portfolio under management agreements.