New research from the Association of British Travel Agents (ABTA) reveals that the average number of holidays taken per person per year has grown to 3.8, an increase of 0.4 on last year.

This is the highest number of holidays taken per person in the last five years and almost equal to numbers seen in 2011 (3.9). The average number of overseas holidays has bounced back to the 2015 figure of 1.7 per year, having dropped to 1.4 in 2016. Breaks in the UK have remained steady after a very successful 2016.

ABTA’s Holiday Habits Report 2017 also reveals that, in the 12 months to August 2017, 87% of Brits took a holiday either at home or abroad. This is the largest proportion of the UK population taking a holiday since 2011, and maintains the significant growth from 2015 when only 77% did so.

Brits get savvier about holiday spending

Following the soaring popularity of Western Mediterranean destinations in the past two years, and a weaker pound impacting spending power abroad, it appears that a savvier breed of holidaymaker has emerged.Whilst people are taking more holidays, they are thinking more carefully about how they spend their money and planning ahead to get the holiday they want.

Over a quarter (26%) of holidaymakers are booking earlier, up from one in five (21%) in 2016. Cheaper prices/better deals was given as the number one reason for doing this by 59% of early bookers, followed by more chance of availability (45%).

Spend whilst on shorter breaks overseas has decreased to £285 per person from £301 in 2016. However, on longer breaks overseas, it has increased to £597 from £430 last year, suggesting that holidaymakers are happy to splash out on their main summer holiday.

The survey also asked people what impact they thought Brexit might have on their holiday-taking over the next 12 months. Despite confusion, with only one in five (19%) people feeling well-informed about the implications of leaving the EU on their holidays, British holidaymakers are committed to holidaying overseas, with almost two-thirds (63%) still planning to travel to Europe in the next 12 months.

City breaks overtook beach holidays to become the nation’s favourite holiday type in 2014, a position they have held since then. Over half the population (53%) have taken one in the past 12 months, and similar numbers are planning to take one in the next 12 months.

The number of people taking a beach holiday fell last year to 38%, following changes to Foreign Office advice to Tunisia and Sharm el Sheikh as well as stretched capacity in the Western Mediterranean.  However, this number has risen to 41% in 2017, as travel companies have sought to add capacity in popular destinations. Nearly half (47%) of people are planning to take a beach holiday in the next 12 months, suggesting this trend may continue.

The increase in holiday-taking is being fuelled outside the capital, with every region in the country increasing its holiday-taking with the exception of London, which has seen a noticeable drop in the number of holidays taken. People in the North West have taken the most holidays in the last year, followed by those in the West Midlands, Scotland and the South West. People in the North East have taken the fewest holidays per person, followed by London and Northern Ireland. 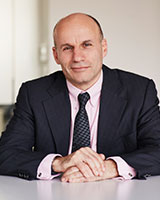 Mark Tanzer, ABTA’s chief executive, said: “Despite a year when people’s spending power has been squeezed, it is clear that British people still value their holidays immensely, and it is encouraging to see holiday-taking at home and abroad increase.

“Britons are responding to more challenging market conditions by planning ahead and managing their holiday budgets carefully and that bodes well for the year ahead.

“Our research also suggests that, although there is confusion around the impact of Brexit on travel, most people still intend to travel to Europe in the 12 months ahead, so it is clear the British love affair with holidaying in Europe continues.”