The new service is operated by an Airbus A330-200 series

Aer Lingus has launched the first ever scheduled service between Ireland and Miami, with the inaugural flight from Dublin taking off at the start of September.

Growing its long haul network continues to be a key strategic focus for Aer Lingus as it expands its Dublin Airport base into a major European transatlantic gateway. The convenience of U.S Customs and Border Protection services at Dublin has enhanced the continued growth of Aer Lingus’ Dublin operation as a connecting gateway. 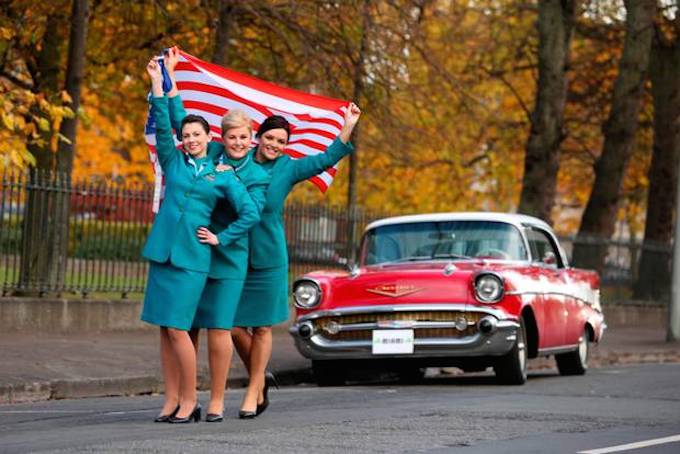 Dublin Airport’s connectivity to North America has grown rapidly in recent years seeing it move from 11th position in 2010 to fifth position in 2016 on the league table of European transatlantic airports.

Passengers from Britain can take advantage of the new service thanks to Aer Lingus’ easy transatlantic connections from 18 key UK airports. When connecting in Dublin, Aer Lingus guests can pre-clear U.S Customs and Immigration allowing them to pass through domestic channels upon landing for a smooth and swift arrival in the USA.

“We are proud to partner with Aer Lingus on this first-ever connection between Miami and Dublin, and to continue MIA’s route network expansion throughout Europe.” 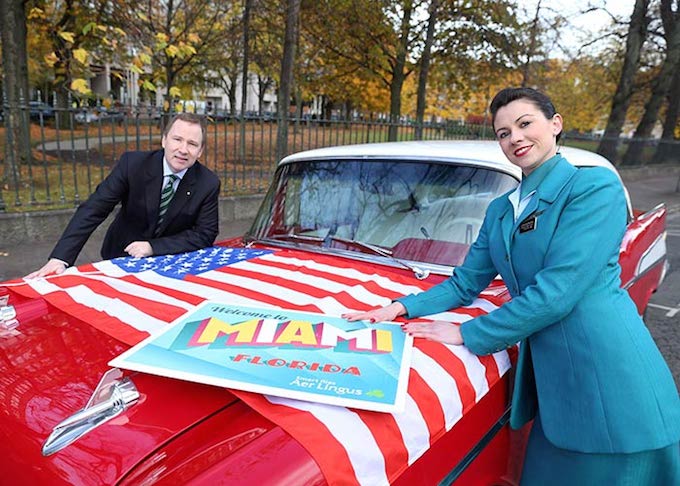 Declan Kearney, director of Communications for Aer Lingus, added: “We are delighted to launch our first ever flight to Miami. We remain focused on growing our transatlantic offering which not only caters for our own Irish market but very much appeals to the UK and European markets given the recognised benefits of travelling via Dublin to North America.

“Miami Florida is an ideal destination for every type of traveller offering endless possibilities. Given the continued success of Orlando route we believe Miami will be a welcomed addition.”

Since Miami is considered the city of magic, Aer Lingus sprinkled a little bit of magic on the inaugural service when guests on board were treated to a surprise show by magician and hypnotist Keith Barry who performed tricks more than 30,000 feet in the air. To view the fun, see the video below.