Timeshare industry veteran Richard McIntosh has stepped down from his role as managing director of Hilton Grand Vacations EMEA after a highly successful 33-year career with the company.

McIntosh left the company at the end of August in a move that followed the separation of Hilton Grand Vacations (HGV) from Hilton Worldwide, which now operates as an independent company listed on the New York Stock Exchange. The European business will now adopt the same reporting structure as other regions of the company.

McIntosh joined Scottish resort Craigendarroch as part of the resort’s opening team in 1985, and has been instrumental in the successful management and development of HGV resorts in Europe for many years. Hilton Craigendarroch and Hilton Dunkeld have each held the RCI Gold Crown award for more than 25 years consecutively. 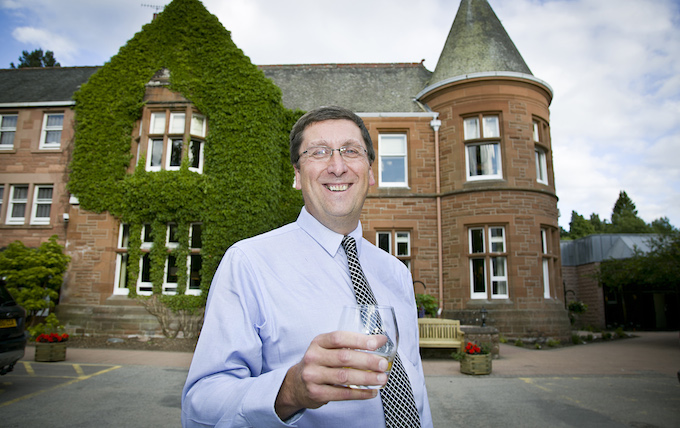 Richard McIntosh toasts the relaunch of Hilton Craigendarroch following a £4.1m refit in 2013

In addition, McIntosh was chairman of European timeshare trade body the Resort Development Organisation (RDO) from 2008 to 2012 and has been a Board member for the past nine years. His position will be taken by Michael Coletta, HGV’s UK general manager.

Dimitris Manikis, VP Business Development, RCI EMEA said “Richard has not just been an outstanding RCI industry partner but also a tremendous personal friend over the 27 years I have been in the industry.

“During his 33 years in the industry he has helped make HGVC Europe the great company it is today while at the same time he served the industry from a number of leading positions within our trade organisations. All of us at RCI would like to wish Richard all the best for the next chapter in his life.”