The management team from Pearly Grey Ocean Club in Tenerife has paid an emotional visit to a children’s village in South Africa that they have supported for a number of years.

The RCI-affiliated resort has been raising funds for the Ingane Yami Children’s Village since 2010, and during this time a lasting bond has been formed between the resort staff and the villagers. It was always the wish of the Pearly Grey developers to take their management team to visit the village.

Pearly Grey hosts an annual charity golf day to raise funds for the charity, with last year’s event taking the total amount raised to more than €150,000. As a thank you to the staff, resort developers personally funded a trip to South Africa for the management team that culminated in a visit to Ingane Yami Village. 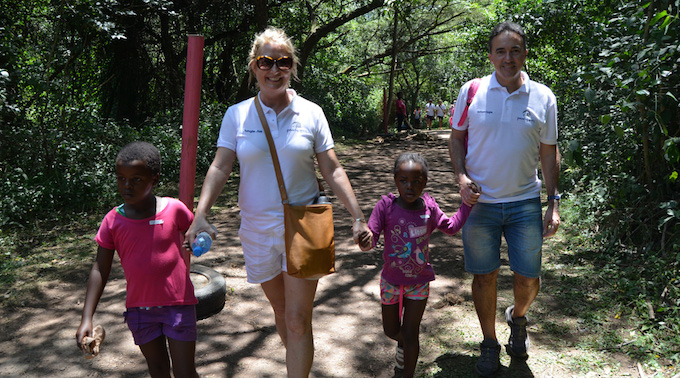 The Pearly Grey team set off for their South African adventure in January, enjoying a four-day stay in Cape Town before moving on to Durban. Although the main reason for the trip was to visit the village, the team also had time to go on a number of organised excursions, including trips to Table Mountain, Robben Island, shark diving and a safari at the world-renowned Phinda Game Reserve.

Visiting the children’s village was a day of immense joy, pride and emotion for the Pearly Grey team, as well as a journey of collaboration spanning seven years. It was also a chance to put faces to names and to forge even stronger ties with the village and the amazing people who work there.

On the morning the team were due to head back to Tenerife, the local Kloof Harvest Church, which manages the village, organised a special ‘thank you’ service in recognition of the partnership and contribution made by everyone at Pearly Grey.

• This year’s Charity Golf Day will take place on 3 June at Golf Costa Adeje. If you would like to support this charity while enjoying your favourite sport and the company of fellow golfers under the Spanish sun, you can find out more about taking part, and the sponsorship opportunities available, by emailing golf@pearlygrey.com 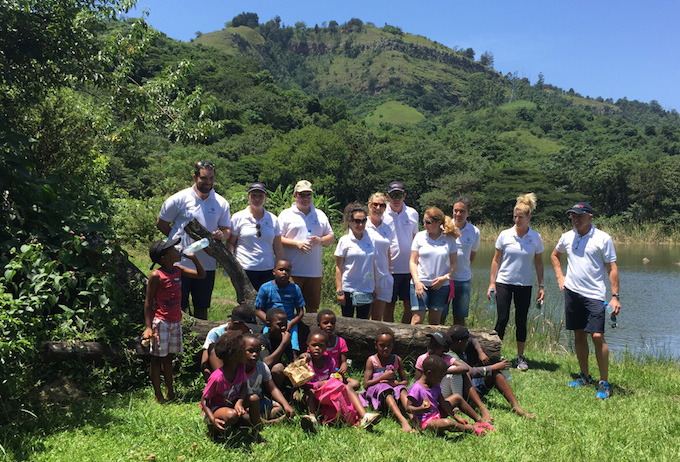