Macdonald Hotels in ‘best ever shape’

Macdonald Hotels, the UK’s largest independent hotel group, achieved a profit of £55m in the last financial year and announced it had now reduced its bank debts by over half a billion pounds since 2003.

The profits, which follow the sale of land at the Macdonald Botley Park, Southampton, are supported by a continued strong trading performance.

The group, which has 55 hotels and resorts in the UK, Ireland, Spain and Portugal, published its annual results for the year to 31 March 2016 that showed:

Announcing the increase in profits and the continuing debt reduction, Gordon Fraser, deputy chairman and managing director said: “We’re in the best shape ever and are quietly excited about the opportunities for further growth in the next few years.

“It’s been a tremendous combined effort by the workforce and the management team to put in such a strong, sustained performance while at the same time reducing our debts by half a billion pounds in just 13 years. I can’t think of many businesses in our sector which could have done that, but it’s testament to the drive and hard work of all our people. They should be enormously proud of what they have achieved.”

Fraser revealed like-for-like hotel sales up by 5% and hotel operating profit up by 3% on a strong year last year that was supported by a number of large events. Increases across commercial, golf, spa and leisure segments have resulted in a 1.5% growth in occupancy and a 2.4% increase in average room rate.

Profit before interest of £74.9m was £57.5m above last year. In July 2015 the group completed the sale of land at Botley Park Golf Course to three developers, being the main contributor to the gain on sale of assets of £57.2m. The staged payments will further significantly reduce debts.

Commenting on current trading, Fraser said: “Growth in the commercial and conference segments has supported 5% increases in both like-for-like sales and profits. 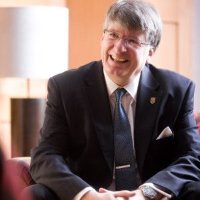 “Although the group has had to restrict its capital investment programme this year, following the repayment of bank debt from cash flow of £18m, we have already invested £4m and have committed a further £3m in capital projects in the current financial year.

“We are in the process of completing the bedroom refurbishment at the Macdonald Holyrood and we are completely remodelling the Macdonald Houstoun House and Macdonald Forest Hills, with the aim of achieving ‘4 Red Star’ rankings at each. We have also invested £0.5m in an online self-serve HR system which is a significant part of our overall people strategy.”

Commenting on the banking facilities, Fraser said: “Following the sales of the Macdonald Old England, Macdonald Marine and Macdonald Swan’s Nest hotels, we have we have now repaid in full our B Facility. The settlement of our C Facility from the proceeds of the sale of the land at Botley Park leaves only our core A Facility of £193.6m plus £2.5m revolving credit, compared with a gross debt position of over £700m in 2003.”

The group’s significant non-hotel assets will also play a major role in strengthening its finances, explained Fraser. “We’ve agreed heads of terms for joint ventures worth more than £50m with a further £40m to follow, which will enable continued investment in our properties, our people and further debt reduction,” he said.

“Like other hotel operators, we envisage significant benefits from the Brexit vote, with the weaker pound making the Britain an extremely attractive place for overseas visitors and encouraging more UK holidaymakers to opt for ‘staycations’.”