European budget airlines are influential in shaping the popularity of holiday destinations. Now that low cost is the ‘new normal’, what opportunities are they bringing to your door? By FIONA HANSEN

Leafing through the latest inflight magazine of Hungarian airline Wizz Air, passengers are treated to features about not-so-typical summer destinations, such as Budapest, Reykjavik and Malmö. While the guide to flight routes looks like a five-year-old has been let loose with a box of crayons on a map of Europe, it graphically demonstrates the dramatic rise in the number of air routes laid on by the low-cost carriers (LCCs).

“The deregulation of the airline industry in Europe changed the travel habits of Europeans,” said Dr Nadejda Popova, Project Manager – Travel, Euromonitor International. “The LCC strategy of offering direct flights between regions, and focusing on secondary and regional airports – usually areas with poor access – has increased the flow of tourism to less-developed destinations.”

Following the 1978 US lead, the deregulation of Europe’s skies, completed in 1997, meant that any airline in the EU could fly between any two points in the EU. This move ushered in a period of major growth in air transport and today there are more than 60 LCCs in Europe. The top ten opened up hundreds of new routes in 2015 alone – and more and more destinations just keep coming.

Part of a typical LCC’s business model is the co-financing of new routes by public authorities. According to Dr Popova, this can influence which airports are used by LCCs, which impacts the fortunes of the surrounding region.

She explained: “Ryanair has a very aggressive policy towards expansion and will only open up routes if national and regional public authorities share the financial costs of promotion. We’ve seen this recently with its routes to Croatia.”

With an overall growth of 4.7 per cent in 2015, Europe remains the strongest region for tourism. While established holiday destinations such as Spain, Croatia, Portugal and Malta continue to be in strong demand, the increasing number of new air routes is opening up development opportunities in new destinations, as well as bringing an increasing number of inbounds to established ones.

For example, easyJet recently launched three new winter routes from Luton Airport. It has added routes to Tenerife, Lanzarote and Toulouse – the latter will operate all year round. The two Canary Islands are firm winter sun hot spots as well as key timeshare resort destinations, while Toulouse is a gateway to the Pyrenees and will appeal to both leisure and business travellers.

easyJet expects to fly 1,100 passengers a week through these new routes from Luton, operating twice a week to Lanzarote and Tenerife, and four times a week to Toulouse.

German LCC, Eurowings, launched a new subsidiary in Austria. The first aircraft of Austrian Eurowings Europe flew from Vienna to Alicante in June. Flying out of Vienna Schwechat, the new Airbus A320 will provide direct flights to Alicante, Bastia, Rome, Hanover, Palma de Mallorca, Valencia and London Stansted. Two more aircraft will be added to the operation and, by late October, the airline will be set to offer 15 destinations from its Vienna location, adding new destinations such as Fuerteventura, Pisa and Jerez de la Frontera.

Other influential moves from the LCCs include Dubai-based flydubai starting daily flights to Prague in July; and Air Canada Rouge expanding its presence in Central Europe with the launch of a new non-stop service from Toronto-Pearson to Warsaw Chopin Airport operating four times a week.

LCCs have the flexibility to react quickly to meet changes in demand – or even create them. “There are traditionally strong destinations that airlines cannot ignore,” says Dr Popova, “but due to the LCC business model of low operating costs and maximised efficiency, they can respond very quickly if they need to shift or increase capacity, as well as close and open new services.” 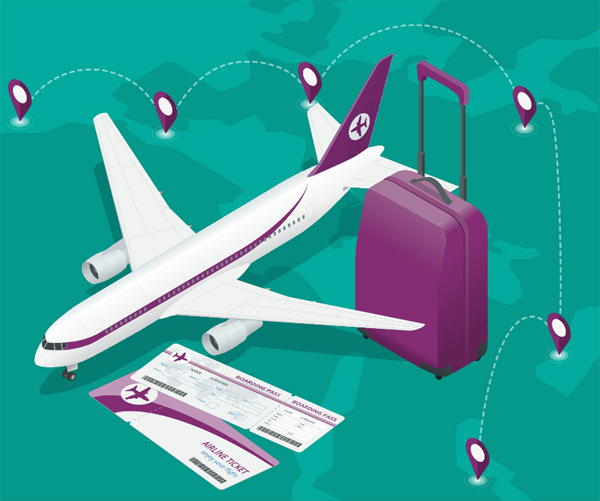 In the case of Wizz Air, it has responded swiftly to current trends by going east. “Wizz Air’s busiest routes are Central and Eastern Europe, but with Ryanair hot on its wings in this region, it’s now looking to expand to Azerbaijan, Russia, Serbia, and the United Arab Emirates,” said Dr Popova. “As long as a region is not being affected by economic or geopolitical events, LCCs like Wizz Air will continue to diversify and expand where they can grow their profitability.”

With low-cost travel and an ever-expanding choice of destinations as the ‘new normal’, how are LCCs dealing with the keen competition?

“Profitability comes from knowing your client base,” explained Dr Popova. “LCCs are looking at how millennials communicate and what they’re communicating about, so they can tailor their offering. Personalisation will be key.”

Accounting for between $200 and $300 billion in annual travel spending worldwide, the millennial customer segment cannot be ignored. “LCCs are keen to develop products that address different needs,” says Dr Popova. “They are responding to a rise in specific types of tourism, such as eco, religious and sports tourism.”

Some new entrants to the LCC market are keen to attract sustainability-savvy travellers. For example, socially responsible UK airline, POP (People Over Profits) pledges to give away half of its profits to charity when it starts its inaugural routes from Stansted to the Indian cities of Amritsar and Ahmedabad later this year.