Swiss hotel management company, Mövenpick Hotels & Resorts, is ramping up its expansion plans in Asia by adding a third hotel in Bangladesh and signing an agreement to manage three more in Thailand.

The latest Bangladesh property, Mövenpick Hotel Khulna is set to open in Q1 2019, with 240 rooms and five food and beverage outlets. The hotel will become the group’s third hotel in the country, with projects already under way in Cox Bazaar and Dhaka.

Andrew Langdon, Mövenpick Hotels & Resorts Senior Vice President Asia, said: “We are very pleased to sign our third property in the country and establish ourselves as the first international hotel chain in Khulna in partnership with the property’s owners, Ahyan Hotel & Resorts Limited.

“We believe in Bangladesh and its future. It is rapidly developing economically, with a rising and affluent middle class. This will be a key driver of our business as we look forward to offering corporate and leisure travellers to Khulna an internationally-branded, upscale hotel experience.” 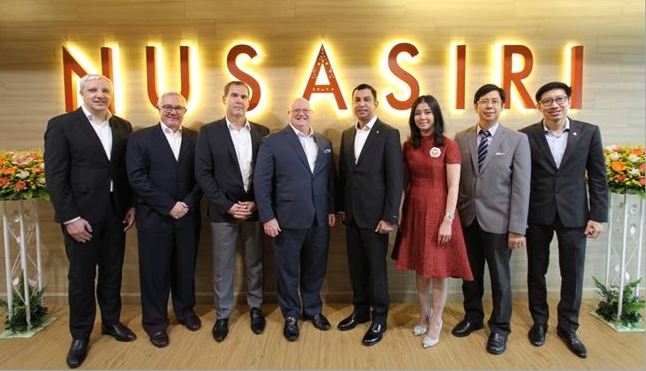 According to the IMF, Bangladesh’s economy is the second fastest growing major economy globally in 2016, at a rate of 7.1 per cent. The population is 163 million, and the country attracted more than 450,000 overseas arrivals in 2015.

The move increases the company’s total number of hotels and residences in Thailand to seven as the country’s thriving tourism sector continues to drive the global management firm’s portfolio in Asia.

Langdon said: “This is our second property in Bangkok and the debut of our exclusive serviced apartment brand, Mövenpick Residences. It’s our third resort in Phuket, while in Khao Yai we are delighted to be opening up the first truly internationally-managed resort in this well-known domestic destination.

“We are very much looking forward to bringing our upscale brand and Swiss-inspired hospitality standards to all these destinations.”

Mövenpick has aggressive growth plans for Asia over the next five years, and aims to manage 30 hotels by 2020 across South Asia and Southeast Asia – with primary markets including Thailand, Indonesia, Malaysia, China, Vietnam and Bangladesh.