Hard Rock Hotel Tenerife parties back to the 80s

Hard Rock International and Palladium Hotel Group has announced details of the Grand Opening Party of Hard Rock Hotel Tenerife, which will take place on 10 December 2016.

Bringing the spirit of the 1980s to Hard Rock Hotel Tenerife’s open-air stage, the Grand Opening Party will offer an extravaganza of colour, dance floor fillers and sing-a-long classics.

The ‘Children of the 80s’ party comes to Tenerife in the wave of the concept’s huge success in Ibiza, which launched at Hard Rock Hotel Ibiza in summer 2015. Now in its second season in Ibiza, the weekly event has become one of the island’s most popular parties and will be emulated for the opening celebration of Europe’s second Hard Rock Hotel. 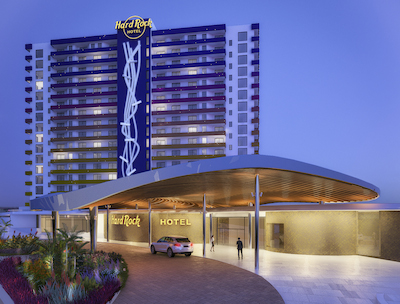 As is tradition with the launch of all Hard Rock hotels and casinos around the world, the party will also feature Hard Rock’s legendary ‘Guitar Smash’ during the course of the evening to officially mark Hard Rock Hotel Tenerife’s take-off.

Scheduled to open in October 2016, the Hard Rock Hotel Tenerife will sit on the Canary Island’s sunny southern coast near Adeje and offer family-friendly and adult-only experiences through its five-star facilities and services, while reflecting the immerse music environment for which Hard Rock Hotels & Casinos are known for.