Lithuanian capital Vilnius is growing in popularity among tourists thanks to its flourishing contemporary and urban cultural scenes, as well as its rich history as a city where east meets west.

The city hosts a broad palette of events that are proving popular with tourists, with the majority taking place in outdoor venues around the historic (and UNESCO-listed) Old Town.

One of its prime tourist locations – the Palace of the Grand Dukes – will transform its courtyard into a classy yet unusual festival venue. Midsummer Vilnius Festival, which runs from July 15-26, is an annual performing arts festival, and offers a programme consisting of 10 performances of a broad artistic spectrum.

One of the main headliners this year is Grammy-winning composer Eric Whitacre’s ‘Deep Field’ project, the composer’s grand opus for orchestra, choir and mobile app.

Whitacre wrote it after being inspired by photos of the same name from NASA’s Hubble space telescope, which captured the deepest view of the universe so far known to science. The world’s opera female singer of the year 2019, Vilnius-born Asmik Grigorian, will also be in attendance. 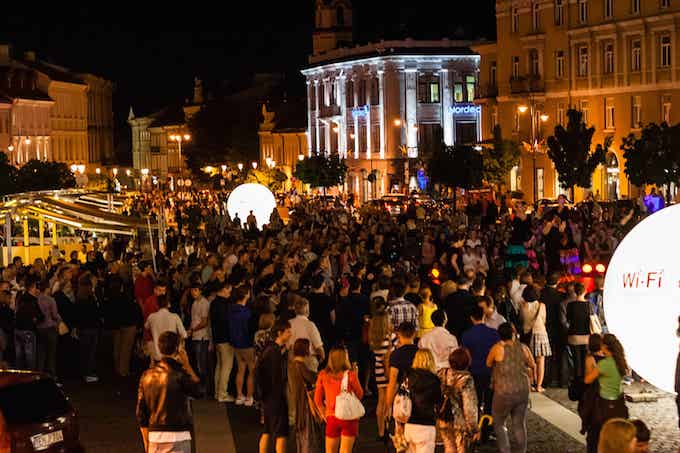 Another key event for music lovers is Christopher Summer Festival (until August 28), which lasts two full summer months, and takes pride in accommodating a broad-range of musical genres, from jazz and classical to experimental pieces, living up to its motto “all genres are good, except the boring ones”.

The festival is a great opportunity to learn about the city itself, as concerts are usually organised in locations that particularly show off the capital – courtyards, churches, venues on the river and in the sky.

Another summer highlight is the street theatre festival SPOT (July 11-14), which will fill the city’s streets, parks, and squares with performances, concerts, and contemporary theatre pieces.

Cinema Under the Stars (August 1-31) is a sophisticated cousin to drive-in movie theatres, as the Palace of the Grand Dukes hosts hand-picked critically-acclaimed films including classics, documentaries and Lithuanian films (usually with English subtitles).

On the gastronomic front, Dinner in the Sky (August 8-11) offers an unrivaled experience for four brief summer days. Guests can enjoy exquisite food high in the air with wonderful views of the Vilnius landscape below while a more down to earth event sees Vilnius Burger Fest (July 25) makes the most of specialised restaurants, funky food trucks and prominent good food enthusiasts. It also offers a vast selection of locally brewed and imported craft beverages, necessary in order to find that perfect burger-beer match.

For further information about events taking place in Vilnius this summer, visit www.vilnius-tourism.lt. 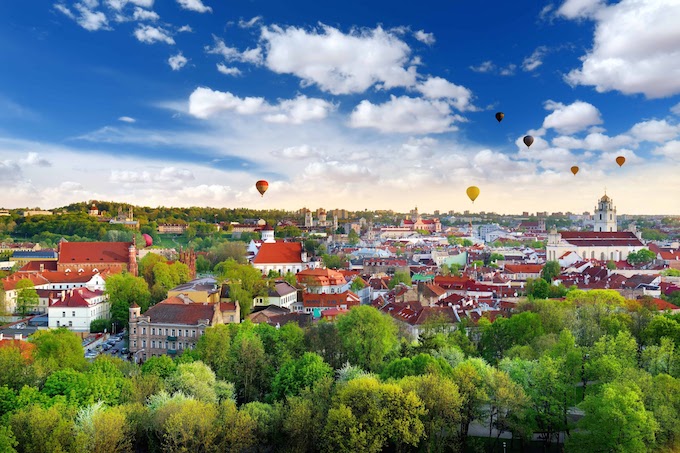