More than 1,000 new hotel rooms for The Hague

Netherlands city The Hague is responding to the increasing demand for visitor accommodation by opening more than 1,000 extra hotel rooms in the near future.

Over the last three years, the city has steadily increased its recognition as a destination for international events and multi-day congresses and is now ready to facilitate the growth.

The new multi-purpose Education and Culture Centre (Onderwijs-en Cultuurcomplex [OCC]), is the latest world-class visitor attraction to open its doors in the city centre, bringing additional options for event and leisure activities.

Over the past five years, the occupancy rate of hotel rooms in The Hague has increased by 19 per cent. The average of revenue per available room has risen by 11 per cent, the strongest increase among the four large Dutch cities, which also include Rotterdam, Amsterdam and Utrecht.

Nienke van der Malen, director of The Hague Convention Bureau, said: “We’re increasingly bringing in large-scale events and international congresses that often last several days. This is fantastic news of course, but we need to make sure that delegates can be accommodated and that we can live up to our visitors’ expectations.”

The additional rooms will be made up of new or expanded hotels across the city. They include Asian Business Court, which has 120 rooms and will open in 2019. Building work on a new Intel Hotel at the harbour (Noorderlijk-Havenhoofd) has started and will add 200 new rooms. The renovation of the Best Western Plaza Den Haag City-hotel (Grote Marktstraat; 78 additional rooms) and a Mövenpick hotel (Paleisstraat 5; 70 additional rooms) will be completed in 2019. Aloft (Starwood/Marriott), which is located across The Hague central station, will be remodelled to offer 177 additional rooms. 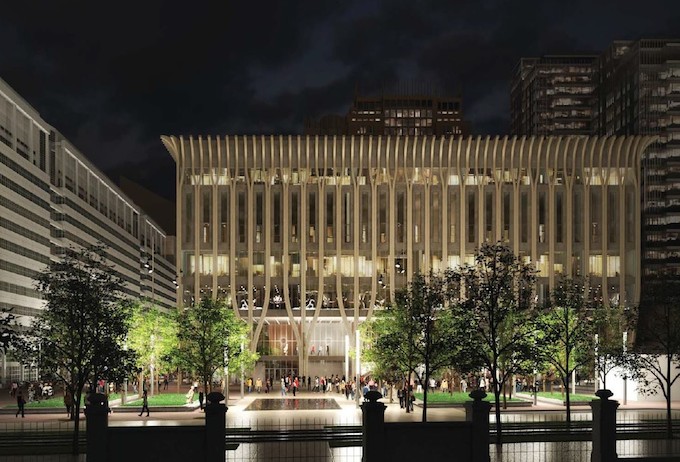 At least five other hotels are already being rebuilt or have received permission to expand, and approximately two-thirds of the new rooms will be placed in the mid-end segment.

Richard de Mos, deputy mayor The Hague, said: “In recent years The Hague’s popularity as an event and congress destination has grown significantly. In fact, around half of the overnight stays in the city are booked by business travellers.

“We are excited about the latest developments in the hospitality sector and are looking forward to meeting the demands of our international visitors even better in the future.”

After eight years of deliberation and planning, the construction of the new OCC began last summer. Once finished, the centre will be home to the Dutch Dance Theatre, the Royal Conservatory and The Hague’s Residentie Orchestra. The OCC will consist of an auditorium with 1,300 seats, a concert hall with 1,500 seats, eight halls with 50 to 200 seats and eight foyers with 50 to 300 seats.

Located at the Spuiplein and within walking distance from the main train station Den Haag Centraal, the OCC will be surrounded by a variety of shops, restaurants and cafés, with building work due to completed by 2022.