The event was attended by record a sell-out crowd at The Podium Lounge after-party, the trackside event highlight of the season, which was held at The Ritz-Carlton, Millenia Singapore, and Karma Resorts red-lined the evening’s style levels by presenting The Nightly Fashion Circuit, curated by The Yak Magazine, Bali.

John Spence, chairman and founder of Karma Group, said: “Nothing beats the excitement and thrill of F1 Racing and being involved in the internationally renowned after-party at The Podium Lounge was brilliant.

“Karma Resorts is no stranger to fashion, glamour, celebrity and excitement and presenting the stunning Nightly Fashion Circuit at this world-class event was almost as good as the big race itself.” 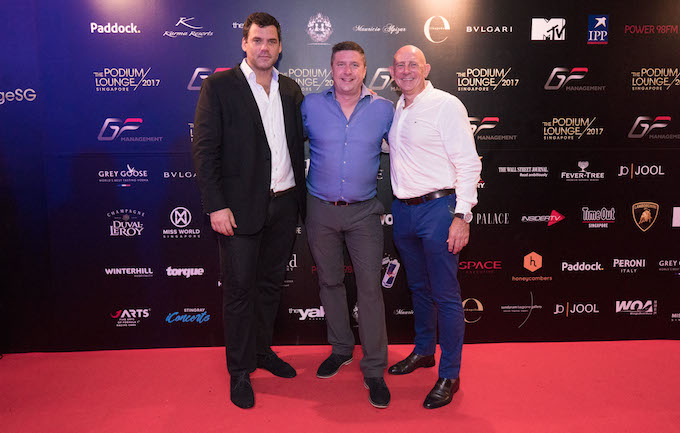 The glitzy event featured main headline acts Macy Gray and Fierce Angel who performed live along with grid girl and aerialist performances, a charity auction and The Nightly Fashion Circuit. Giving guests a glamorous ultra-lounge experience, WingsOverAsia showcased their newest Diamond DA40 private jet for the first time ever in a specially created outdoor VIP experience. Indoors, the next generation Lamborghini Aventador S was showcased to guests as they arrived.

The entrance to The Grand Ballroom of The Ritz-Carlton, Millenia Singapore featured a gorgeous exhibition by the highly acclaimed Sundaram Tagore Gallery with their Primary Source presentation, focusing on work by internationally celebrated artists including Annie Leibovitz, Hiroshi Senju, Miya Ando and Kim Joon.