Israel enjoyed another strong year of tourism growth in 2018, with more than 4.1 million tourists visiting the country, according to the Central Bureau of Statistics.

Over 4.1 million tourist entries have been recorded in Israel in the period January – December 2018, an increase of about 14% compared to the previous year, with revenue from tourism reaching about $5.8 billion (about NIS 22 billion) in 2018.

Yariv Levin, the country’s Minister of Tourism, said:. “In 2018, we have reached an amazing and historic record with over 4.12 million tourists arriving in Israel. We have broken incoming tourism records and this achievement is the direct result of intensive work that we are doing at the Tourism Ministry. 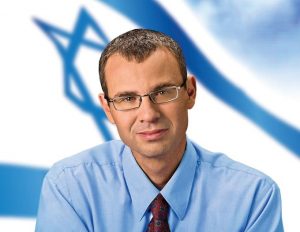 “This achievement is a result of a revolutionary change in marketing strategy; infrastructure development; opening direct routes from new destinations and creating collaborations with some of the largest travel agents in the world. Incoming tourism makes a huge contribution to both Israel’s economy and its’ image.”

Amir Halevi, director-general of the Tourism Ministry, said: “This is the second consecutive record-breaking year in incoming tourism to Israel and this year we have crossed the threshold of four million tourists in a year.

“This is the result of hard and strenuous work in recent years, as part of a revolution in the way that Israel is marketed around the world as a tourist destination.

“We are optimistic about 2019 that begins with the opening of the new international airport at Timna, that will enable us to continue bringing new flights to Eilat. What was considered a fantasy a few years ago is today a reality – Israel is a preferred tourist destination among tourism destinations around the world.”