The upgraded aircraft feature the latest technology and design principles, boasting interiors that offer first rate comfort and convenience to all passengers and showcase the true inspiration of Japan.

The new first-class cabin will feature eight seats in a 1-2-1 configuration known as ‘The Suite’. Each seat is forward facing, with passengers given an entire suite that can be shut off for privacy. For those in the central seat, an adjustable divider allows couples to communicate, while providing solo passengers with privacy. 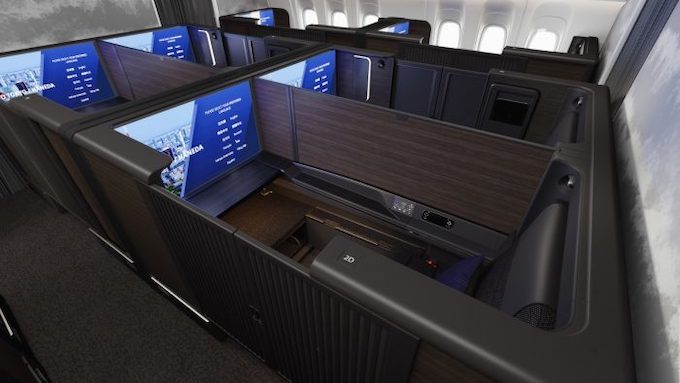 Just behind the small first class cabin is business class, where passengers will find 64 seats split into four sections. Again, in a 1-2-1 configuration, the seats will also be fully enclosed rooms, hence they are known as ‘The Room’. 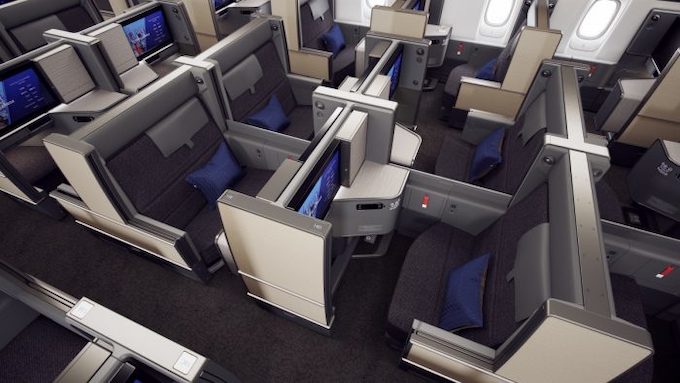 Hideki Kunugi, executive vice president of ANA, said: “Our partnerships with Mr. Kuma and Acumen illustrate that ANA has sought out the input of the most influential voices in the design community for these innovative new cabin designs.

“In 2010, we were the first in Japan to introduce the full flat seat with all aisle access and in order for ANA to continue to lead and set the global standard for comfort and convenience, we knew that it would be necessary to integrate the latest insights from design professionals as we sought to redesign the flight experience and elevate every aspect of travel for our passengers.”

“My work is about understanding how space is used and creating the most comfortable conditions in any environment. I enjoyed working with ANA and Acumen to combine the best of Eastern and Western design traditions and create a finished product that sets a global standard by embracing Japanese heritage and international outlook.”

Ian Dryburgh, founder and CEO of Acumen, said: “Our work focused on transforming the cabin experience by fusing the rich history and culture of Japan with modern design principles and technologies.

“Combining our expertise in aviation interior design with the renowned visionary approach of Kengo Kuma, together we have created a striking cabin that has elevated the ANA customer experience to its highest level across all classes.”

The first redesigned aircraft will serve the Tokyo/Haneda-London Heathrow route from 2 August. Until a second aircraft is delivered, the aircraft will operate on even numbered dates in August.

Then in September, the service will operate on odd-numbered dates. Around the end of August or the beginning of September, the aircraft will become daily when a second is delivered.