At today’s list prices, the agreement represents a value of US $2.7 billion. As is usual with such orders, Air New Zealand has negotiated a significant discount on current list prices and the parties have agreed not to disclose the actual purchase price.

The first of these highly fuel-efficient aircraft will join the Air New Zealand fleet in 2022 and together they will have the potential to save 190,000 tonnes of carbon per year.

Air New Zealand currently operates a fleet of 13 787-9 Dreamliners that chief executive Christopher Luxon claims have proved to be the perfect aircraft for the airline’s Pacific Rim focus.

“The 787-10 is longer and even more fuel efficient. However, the game changer for us has been that by working closely with Boeing, we’ve ensured the 787-10 will meet our network needs, including the ability to fly missions similar to our current 777-200 fleet,” he explained. 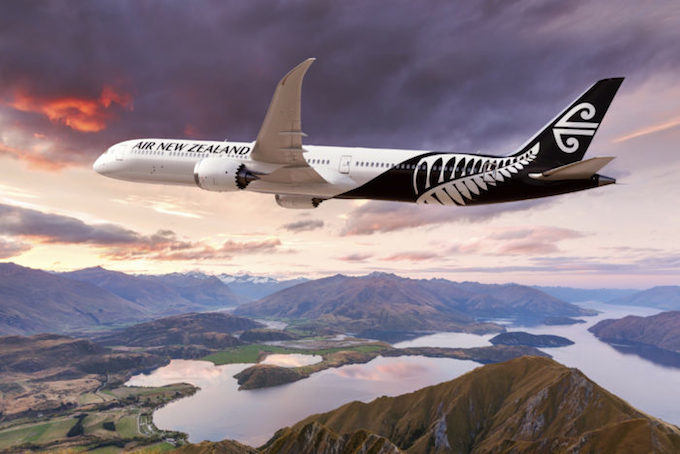 “This is a hugely important decision for our airline. With the 787-10 offering almost 15 per cent more space for customers and cargo than the 787-9, this investment creates the platform for our future strategic direction and opens up new opportunities to grow.”

In addition to the eight firm orders, the agreement includes options to increase the number of aircraft to up to 20. The airline has also negotiated substitution rights that allow a switch from the larger 787-10 aircraft to smaller 787-9s, or a combination of the two models for future fleet and network flexibility. The delivery schedule can also be delayed or accelerated according to market demand.

These new long-haul aircraft will replace Air New Zealand’s fleet of eight 777-200 aircraft, which will be phased out by 2025. Combined with GE’s GEnx-1B engines, they are expected to be 25 per cent more fuel efficient than the aircraft they’re replacing.

Luxon said the deals were incredibly exciting for the airline’s business and customers as it continues to invest in the most innovative, sustainable and comfortable aircraft on the market and “deliver on our commitment to grow our business sustainably”.

He added: “In connecting New Zealand with the world, we naturally offer a high proportion of long-haul flights, and these state-of-the-art aircraft will ensure we continue to operate one of the world’s youngest and most efficient jet fleets.”