The UK’s Foreign and Commonwealth Office (FCO) has lifted its advice against travel to the majority of Tunisia, including all its main tourist destinations.

The FCO has advised against all but essential travel to the country in the wake of a terrorist attack at a resort in Sousse in June 2015 when 38 people were killed, including 30 Britons.

Any advice against travel is now limited to the country’s land borders, but the majority of tourists visit the coast.

The move, which is set to give a major boost to the country’s tourism and hospitality industry, was hailed by Mounira Ben Cherifa, director of the Tunisian National Tourist Office in the UK. 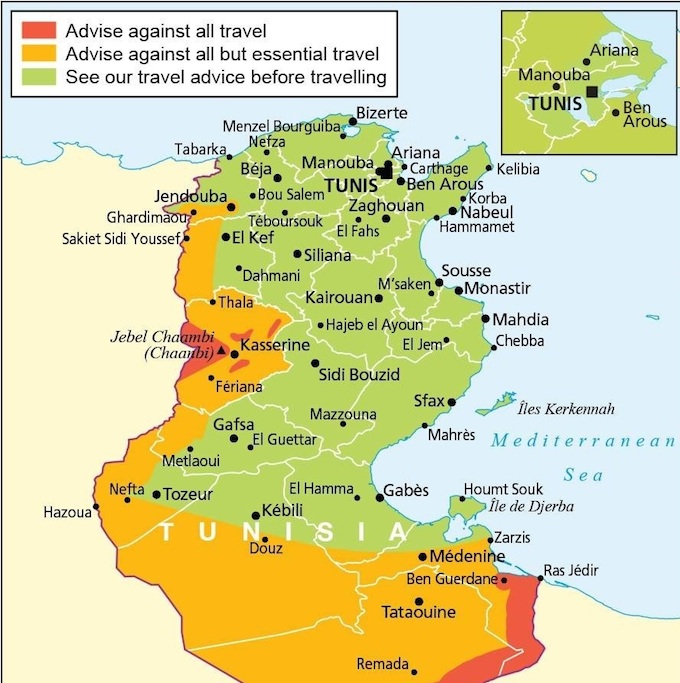 “We are delighted to receive this news still in time for last-minute summer holiday bookings and the winter season,” he said.

“We will be communicating with all of our tour operators to see how quickly we can get airlift reinstated, meanwhile Tunis Air are flying daily from London Heathrow and Gatwick into Tunis.”

European tourists account for around 17 per cent of total arrivals in the country, but within that, visitor numbers increased by 22.7 per cent during the period 1 January to 10 July. The French ranked first with 228,094 tourists (up 43.1%), followed by Germans (67,912 tourists) and Italians (40,113). The British also returned to Tunisia, with 11,955 arrivals reported.