The World Tourism Organisation (UNWTO) and UN Environment have joined forces to empower the media as environment and wildlife defenders to aid sustainable tourism.

Informing the public in a transparent, accurate and impartial manner is part of most curricula at Schools of Journalism. In addition, the media is often referred to as a watchdog of policy making and as a representative of the general public that gives a voice to those that otherwise would not be heard. These were some of the themes addressed at the workshop that was designed to enable the media to report more comprehensively on environment and wildlife-related topics.

The meeting commenced with the intervention of Dr. Luthando Dziba, Co-Chair of the African assessment at IPBES, who underlined the great richness of Africa’s biodiversity and its importance to supporting a variety of essential ecosystems services, as well as its wealth of indigenous and local knowledge. However, Dr. Dziba informed the journalists that “approximately 500,000 square km of African land – corresponding to three per cent of the territory – is already degraded by erosion and biodiversity loss.” 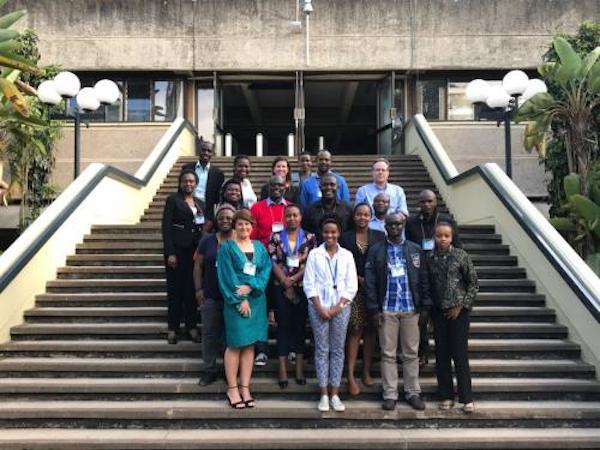 Delegates at the event

“Africa has alternatives,” he said. Measures have been taken to protect biodiversity by African Governments including the expansion of protected areas, restoration of ecosystems and control of invasive alien species. However, he added: “There is an urgent need to improve the understanding of the value of Africa’s biodiversity for human well-being and socio-economic development.”

Rut Gomez Sobrino, facilitator of the media training and Media Development Officer at UNWTO, said: “The impact of the work of the media is more than remarkable in our current societies. They do not solely inform the general public.

“They also educate, increase awareness, provide a unique platform to communities that are not normally present in the public discourse and they point out problems and irregularities that can be ignored.

“As a consequence, the potential of the inclusion of journalists as major partner of the cause of environmental and wildlife protection.

“Media has a tremendous responsibility to cover current issues of global interest but also an immense opportunity to report on the topic of environmental protection and wildlife in an innovative manner as this is a cross-cutting theme, with multiple angles and audiences.”